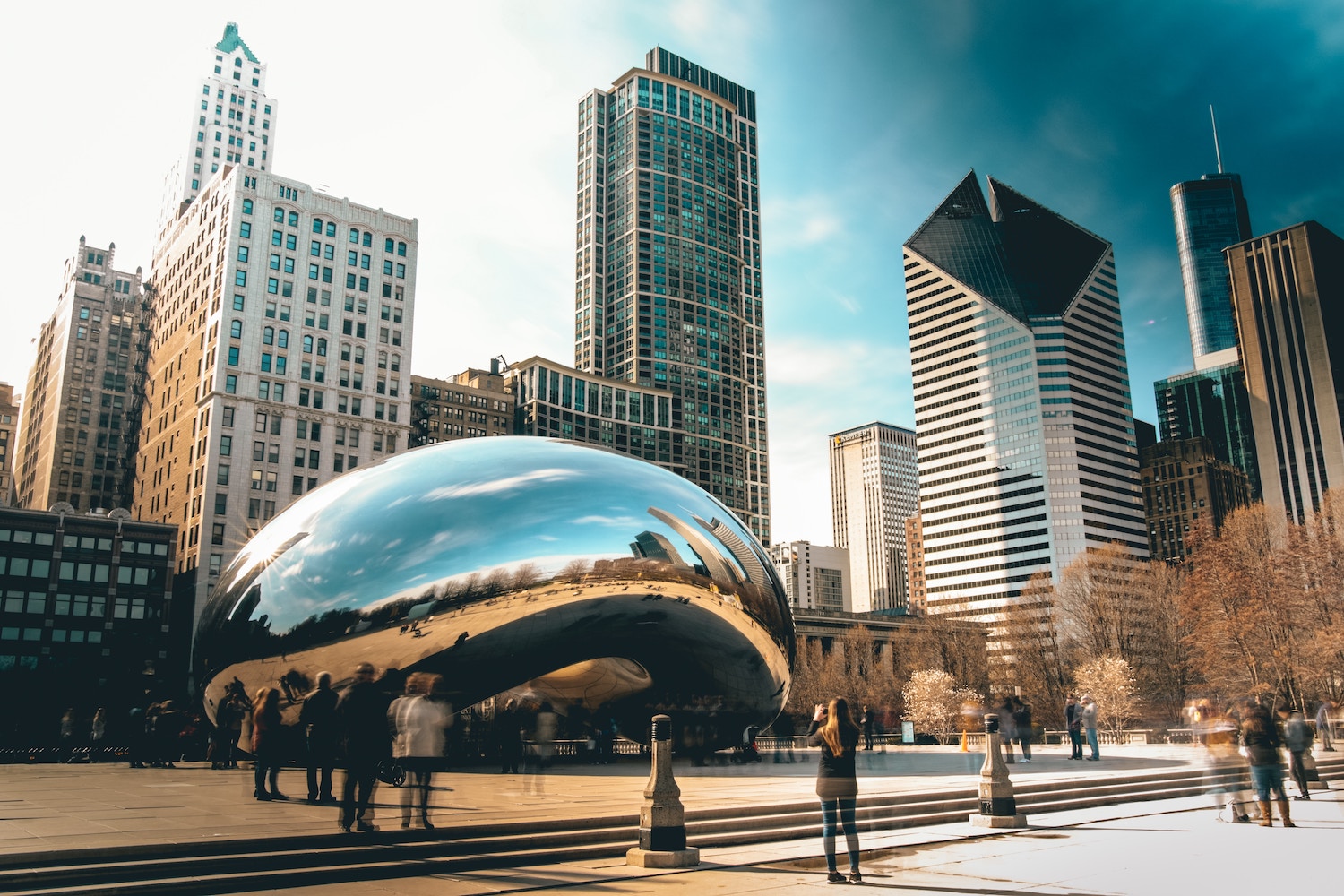 Some of the world’s tallest and magnificent buildings are found in Chicago. The iconic buildings in Chicago such as the Sears Towers now known as Willis towers and John Hancock are the symbols of success and fine architecture. There are of course other numerous iconic architecture in Chicago such as the famous Frank Lloyd Wright buildings. These gravity-defying skyscrapers make a tour of Chicago the most incredible experience leaving you with an overwhelming feeling of wonder and admiration. These giant towering steel structures that adorn the Chicago skyline illustrate the City’s innovative architecture. Chicago also known as the Windy City is the home of many skyscrapers with some having view decks and rooftops.

Chicago is the 3rd largest City in the USA and is located along the Lake Michigan shores. You might think Chicago is a coastal city because it is situated along one of the world’s freshwater bodies. However, Chicago is actually in the heart of the Midwest. Chicago is the place where the skyscraper was born. This was after a great fire engulfed Chicago and the discovery of steel. The new buildings were constructed using steel, iron and stone. This led to a building frenzy which saw the construction of the first skyscraper in the world, it was known as the Home Insurance Building. The revolutionary idea behind skyscrapers was the use of the steel skeleton to make buildings tower to amazing heights.

Chicago has a renowned architectural tradition and it features some of the world’s most amazing collection of buildings. The city has benefited from the most innovative urban planning with a spectacular array of parks, public observatories, boulevards, business district and a breathtaking river flowing through the middle of downtown. Among the world’s most prominent skylines, Chicago is one of the very tops. Along each side of the lakefront, there are amazing beaches and parks together with several skyscrapers lined up towering high up far beyond the clouds.

The Willis Tower in Chicago which was formerly referred to as the Sears Tower is the 5th tallest building on the planet rising 108 stories above the City approximately 1,451 feet. The view from up the building’s observatory is the most thrilling experience.

The other amazing skyscrapers to check out in Chicago include the Trump Tower, Tribune Tower, Aqua building, AON center, Lake Point Tower and many more. We at Companion Maids have fallen in love with Chicago’s beauty and breathtaking skyline!